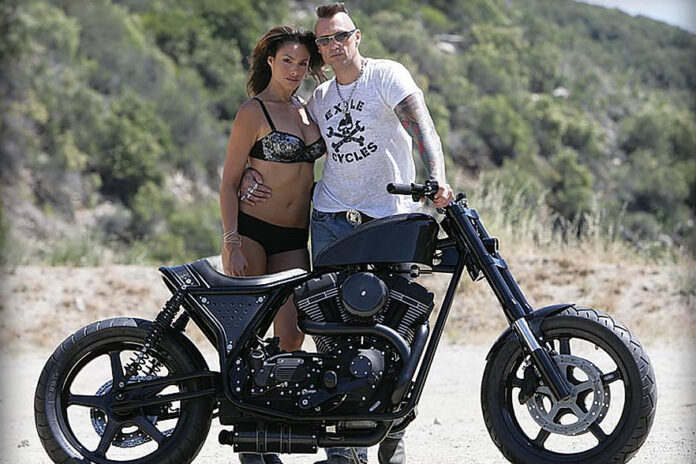 We are a huge fan of Exile Cycles ever since we saw Russell Mitchell and his crew building RX-Streetfighter on “Biker Build-Off”  Discovery Channel Show.

The build off was between Billy Lane and Russell Mitchell. Mitchell decided to build a very particle motorbike, where as Billy lane decided to go his traditional chopper style. It was a great build off, both Russell and Billy Lane worked non-stop to put together one of a kind Motorbikes. RX-Streetfighter was the winner of the Biker Build-Off Sept 2006. On the way to the biker build off Lane’s motorbike burst into flames, Lane was sprayed with gasoline.

Now Lets talk about RX-Streetfighter, this bike is, powered by a Jims 120 inch twin cam with a 6 speed and loaded with carbon fiber. It’s the first bike built on Exile RX rubber-mount swing-arm frame and the motorbike is an absolute blast to ride. You could call it a real Street hooligan machine.

The RX-Streetfighter is a mean bike, which is another feather in the cap for the versatility of Exile motorcycles.