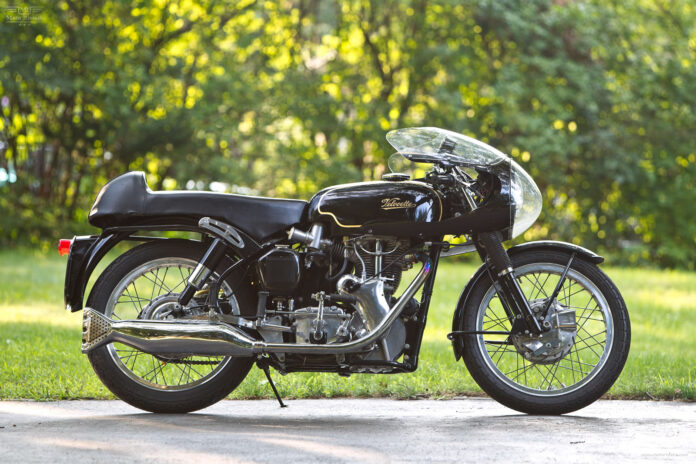 Owning a classic motorcycle is like being part of the glorious motorcycle history, and to be the owner of a classic beauty like the Velocette Thruxton you would need to have some knowledge of its mechanics.

Velocette was a small family owned firm, selling far fewer hand-built motorcycles than the likes of BSA, Norton or Triumph. The company was recognized for its hand built quality products. The Velocette Thruxton was produced between 1965 and 1971; it has been called the last stand of the great British singles, outlasting the BSA Gold Star and Manx Norton by almost a decade.

The single cylinder 500 cc Velocette Thruxton was built for the true enthusiast. It was much smoother than the 500 cc BSA Gold Star and produced around 41 horsepower. Back in those days people were making motorcycles with pure innovation. The Velocette Thruxton featured a four-speed gearbox, classic fishtail exhaust adjustable shocks, speedometer and tachometer. The Thruxton was a real racing bike, probably one of the best handling English motorcycles of all time. There was no plastic on this bike yet it was so light and nimble that you could almost cruise all day along.

This particular Velocette Thruxton was imported to the USA in 1969 and shows 10,000 miles on its beautiful Smiths odometer. It also features an iconic, bullet-shaped Avon sports fairing. The current owner who is also an enthusiast with almost four decades of experience owning and restoring Velocette’s purchased the bike in pieces in 1986. Later the bike went through a five-year frame-up restoration, it has marked around 1100 careful miles after the restoration. The bike was auctioned at Bonham’s and was sold for US$24,570.

There is something magical about classic motorcycles; you will find yourself appreciating and exploring every aspect of the bike. If any of you had close encounter with a Velocette Thruxton or been lucky enough to go for a ride please share your experience with us….