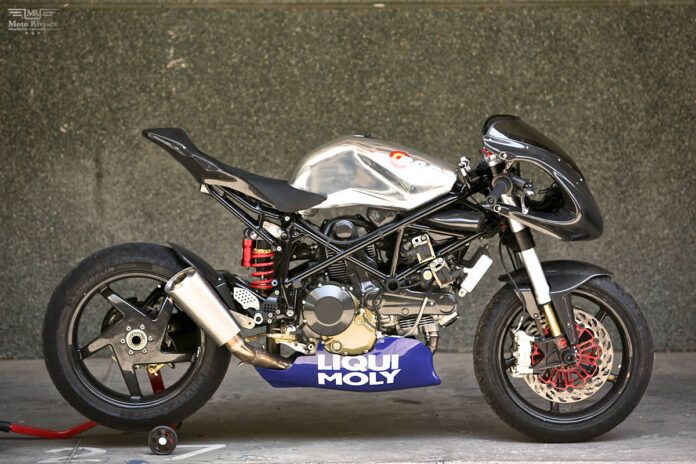 I was just thinking it is about time we featured another creation from the custom Ducati masters Radical Ducati.

Lucky for me their latest had just been revealed at this years Mulafest, and was ready to be featured on Moto Rivista. Here it is suitably named Wildcat? Perhaps, that’s the question does this crazy custom match it’s name…read on to find out! At Radical Ducati the customization reaches to the extremes, these guys are not just buying parts off the shelf and putting the bike together. Most of Radical Ducati’s bikes come with in house produced parts. Now the use of carbon fiber in Radical’s bikes is pretty standard, Wildcat is no different and features various custom carbon fiber parts for one ultimate purpose and that is speed.

Without a doubt Radical Ducati builds some of the most amazing custom sports bikes of our time. Excuse me for a moment…I’m just imagining what it would be like to ride this beast Wildcat on the track!

Muchas Gracias to Pepo and Reyes for allowing us to feature Wildcat!!