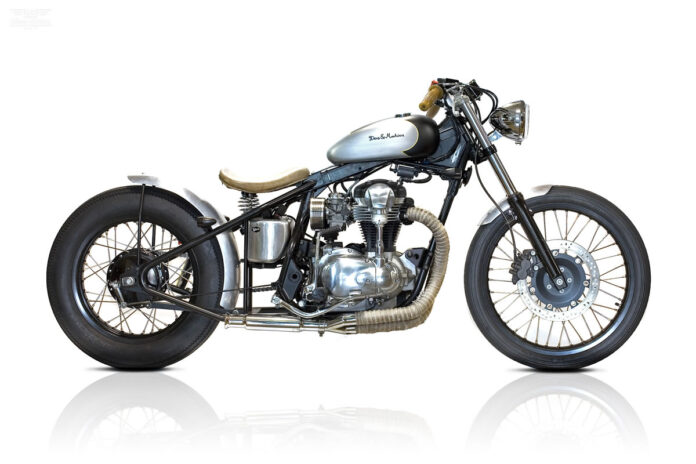 If you are in to cool things whether it’s Motorcycles, clothing or Surfboards; Deus Ex Machina is the one stop shop to match your lifestyle.

Deus Ex Machina didn’t set out to just sell custom parts and handbuilt motorcycles, their aim is to celebrate a culture of creativity. Without a doubt Deus Ex Machina is a one of kind shop, from the general public to Hollywood Stars and sports icons every one has craved for their custom flavors!

For today’s feature we are taking a look at Deus Ex Machina’s Kawasaki W650 Bobbersake. Bobbers are a close relative to choppers and both represent a minimalist approach. To me this W650 Bobbersake is one of the best W650 to bobber transformations I have encountered.

Form and function come together as one as this is simply a great riding package. Want to get your hands on one of these? Deus builds to order, if you are in the Camperdown area pop in and take a look at some of the demo bikes on offer.