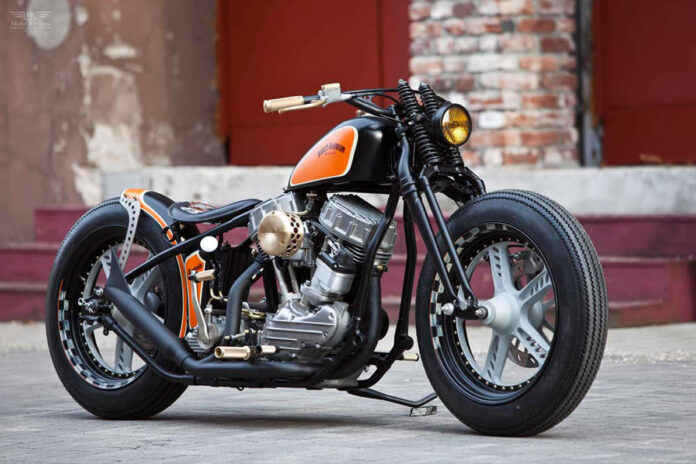 With an extensive portfolio of bikes, the question was where to begin? A 1951 fully customized Panhead titled ‘The Flying Pan’ won us over and is the perfect bike from Thunderbike Customs for us to feature first.

Originally founded in 1985 as a Suzuki dealership named Motorradschuppen (Motorcycle Shed). Producing customized sports bikes the Thunderbike Team was successful at the German Racing Series (Deutsche Langstreckenmeisterschaft). By 2003 Thunderbike began to customize Harley-Davidson and create self produced frames, custom wheels and other parts. A competitor at the AMD World Championships (2006), Thunderbike Customs is said to be one of the most successful European Customizers. ‘Thunderbike Customs have done one heck of  in house fabrication and customization on this Panhead including; the exhaust, handlebars, grips, foot-pegs, fuel tank, oil tank, rear fender and many other parts were custom made especially for this Flying Pan.

For more from Thunderbike Customs visit their website or check back here soon for the next Thunderbike feature!