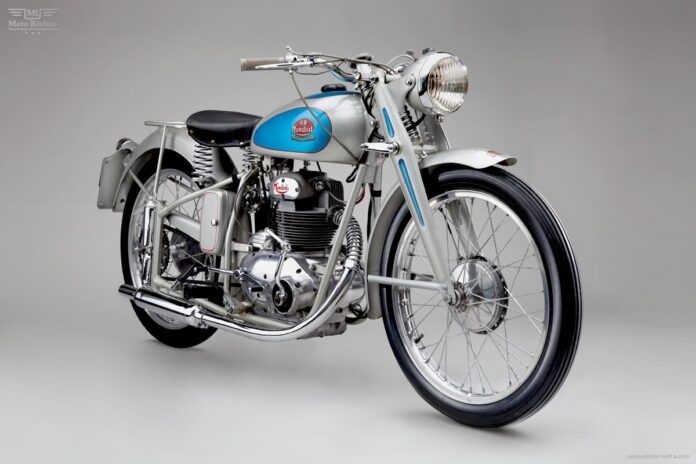 The Italian motorcycle manufacturer Mondial not only brought innovation to the industry; they also won 5 World Championships. The F.B. in the name stood for Fratelli Boselli after the owners, the Counts Boselli, a noble family from the Milan area.

At that time Ducati and MV Agusta were producing economy lightweight 2-stroke motorcycles, Mopeds and scooters, Mondial was producing high-quality sporting motorcycles. The Milan based Mondial factory was small and most of the production was done by hand, producing between 1,000 and 2,000 units per year.

The first production of the Mondial Roadster came to existence in 1950. The push-rod four-stroke 125cc bikes influenced some styling and engineering similarities to their racing counterparts, and were offered in sport, super sport, and touring trim. These bikes featured identical frames with pressed-steel girder forks and plunger rear suspension. The rival Mondial roadsters were sturdy, fast, and in high demand by riding enthusiasts. Mondial’s Grand Prix titles in 1949, 1950, and 1951 were referenced in the company’s logo on the gas tanks of its roadsters.

This iconic FB Mondial 125 Turismo was on the display at the San Francisco airport.  The aesthetics of this bike are mesmerizing, this FB Mondial 125cc Turismo is a true form of Art on wheels!