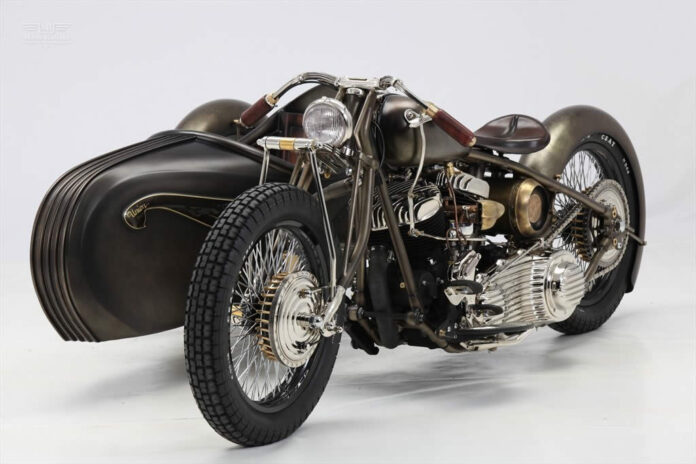 Italy’s own Abnormal Cycles were jumping for joy when their ‘Union’ took out the 2011 AMD World Championships Modified Harley-Davidson Class.

What makes this even more exciting is they also go down in history as the first ever side-car combination to enter the championships. Based in Brianza near Milan, Samuele Reali and his team are quite famous in Europe for their restoration work.

The woodwork on the Sidecar is the magic of Davide Aresi, an expert of refreshing old art. The Union rolls on 18-inch front and rear JoNich wheels, wrapped in 1958 Italian Ceat tires and brakes from Kustom Tech. The incredible paint job on this bike is by Luca Zuchelli, the Union’s bodywork was hand covered in 3000 titanium leafs, 20 coats of clear and finished with the Candy black coat.

Lastly a big Congratulations to Samueli Reali and the team from Abnormal Cycles for building such an impressive Motorcycle with Side-car!