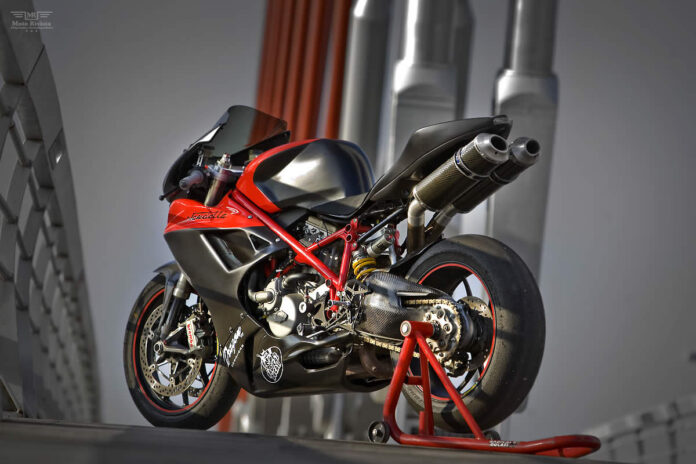 Radical Ducati has teamed up with Dragon TT to present ‘Vendetta‘, a revolutionary design never seen before.

The bodykit consists of:

With this bodykit you have more capacity in the fuel tank, bigger air funnels that increase power, less weight and better engine refrigeration.

The kit will be available in carbon fiber or glass fiber. The kit can be mounted on the bike using the original fittings without needing to modify or change the original frame, except the front bracket.