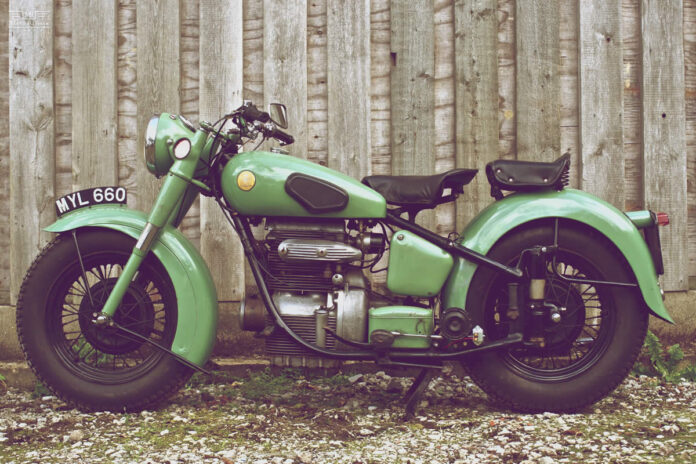 My passion for motorcycles was passed on from my father and this Sunbeam S7 Deluxe was just like one of the bikes he owned well before I was born.

Although I didn’t get a chance to see or ride his bike we did spend much of story time talking about it’s beauty! Here is a 1952 Sunbeam S7 Deluxe, this ones for you dad!

Sunbeam was a British manufacturing marque that produced bicycles and motorcycles from 1912 to 1956. Originally independent, it was ultimately owned by BSA. Sunbeam is perhaps most famous for its S7 model. A wartime design by Erling Poppe, the Sunbeam inline twin was introduced by BSA. A luxury tourer inspired by the pre-war BMW, the unusual engine layout was the S7’s notable feature. The bike had advanced specification with overhead-camshaft engine, shaft drive and plunger rear suspension. The clutch housing and four-speed gearbox bolted directly to the back of the engine, which was rubber mounted in the duplex loop frame, an innovation that required a flexible joint in the exhaust system ahead of the silencer.

The original S7 was produced from 1946 to 1948 and did not sell well. In 1949, the sportier S8, with standard-sized wheels rather than the fat tires of the S7, and BSA type front forks, was produced. The S7 design was improved and then sold as the Sunbeam S7 Deluxe. The original S7 was available only in black, whereas the standard colors for the S8 were “Polychromatic Grey” or black. The S7 Deluxe came in either “Mist Green” or black.

According to my Dad, the Sunbeam S7 had some electrical issues, although it had exceptional handling it didn’t like the rain. These were the things that ultimately led him to sell his, a decision he regrets to this day.