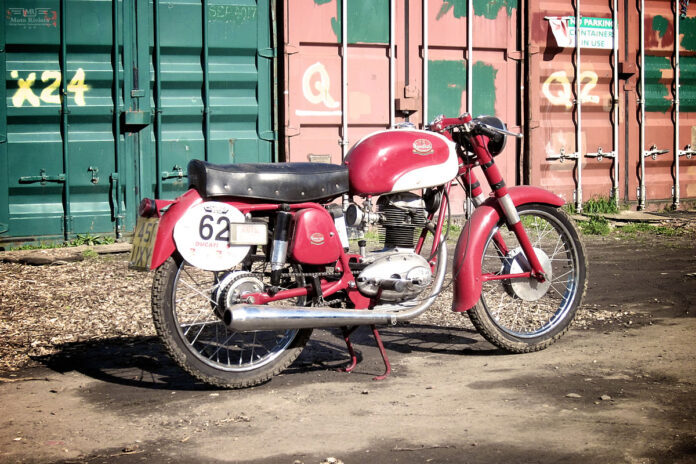 Giuseppe Boselli was always passionate about the motorcycles; in 1945 he purchased plans for a 4-stroke 125cc DOHC engine. The year was 1948 and the Mondial first appeared as a motorcycle, it was a 125cc racer with double overhead-camshaft. The performance was amazing for the time and Mondial immediately set a world speed record of 130kph for the flying kilometer.

The Mondial 125 cc DOHC design conquered the 1949 season. Winning 5 world championships, Mondial produced some of the most superior and triumphant Grand Prix road racers of the time. Mondial was also the first motorcycle manufacturer to produce a race bike with a full fairing fitted. Not surprisingly, Mondial’s passion for racing rubbed off on its road range, which was delicately engineered and brilliantly constructed in a manner distinctly Italian.

In the world of small displacement Italian bikes, the Mondial 175 is considered as the ‘Vincent Black Lightning’.

This elegant 1953 Mondial 175cc Turismo was purchased from Brescia, Italy. The bike was auctioned at Bonhams with a final sale price of £1,840.