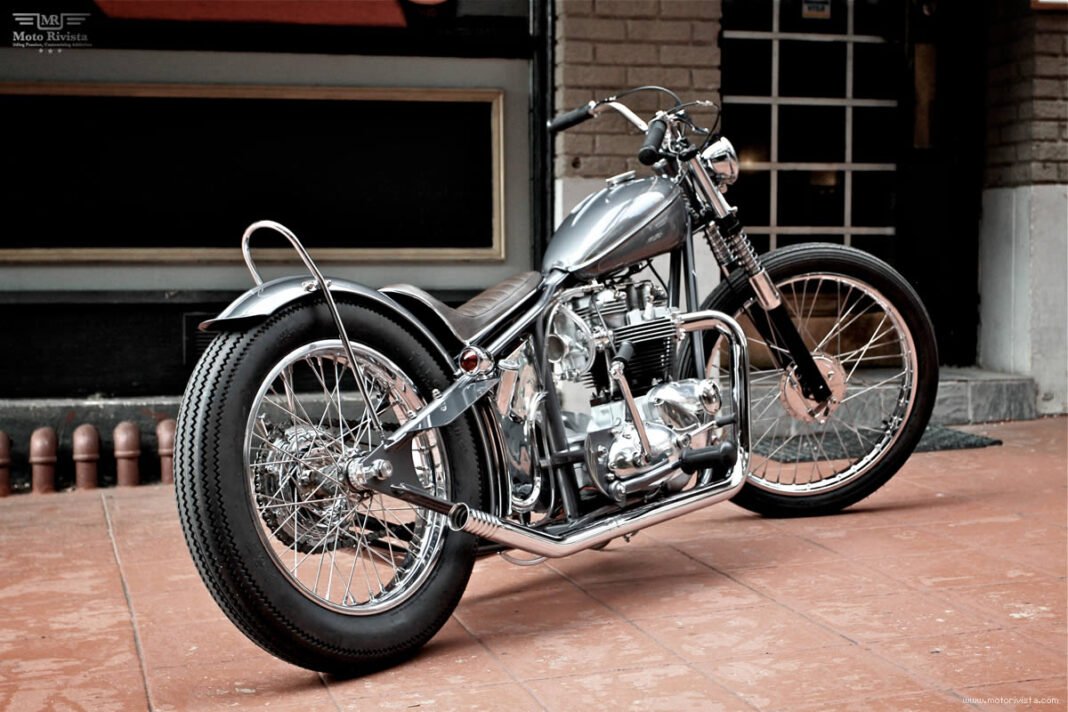 Custom Motorbike builder Lucas Joyner of The Factory Metal Works (TFMW) and his team have rolled out a 1964 custom Triumph 650 called The 9 O’clock Gun for actor Ryan Reynolds.

I am sure you all know who Ryan Reynolds is, for those who don’t… You can see Ryan Reynolds appearing in Safe house with Denzel Washington, The Proposal, The Change-Up, Marvals Green Lantern and X-Men Origins: Wolverine to name a few!

I’m beginning to see a pattern here with The Factory Metal Works delivering another custom to a celebrity client, remember last weeks custom Triumph T100 built for Rocker Butch Walker? Clearly Lucas and co are right on the money with these builds, a young workshop which I imagine will only go from strength to strength. Ryan Reynolds has owned a Triumph Bonneville and a Ducati and it was time to get the taste of some custom flavors. Ryan’s brief to Lucas was pretty simple, he loved his designs and basically gave him free reign allowing Lucas to do his thing! Every build comes with challenges, with Ryan’s bike the challenge was to not go over the top flashy. Ryan is a pretty low-key guy so Lucas had to use tame colors and classic designs and he focused more on up-close detail work.

With Ryan being Canadian the name originated from The 9 O’Clock Gun cannon located in Vancouver, British Columbia which is shot every night at 9pm.

Ryan Reynolds custom bike features a 1964 Triumph 650 unit motor, which is wrapped around a The Factory Metal Works one-off custom frame with 5-inch stretch and 3-inch drop. There is also a late 60’s front fork section which was shaved and lowered. The Factory Metal Works have super narrowed the top frame section with duplex style front Eurostyle 7/8 bars. At the front this custom Triumph 650 features a 21-inch chrome front wheel with Tiger Cub brake while 18-inch rear is fitted with a pre 70’s Triumph brake set up. The wheels are wrapped in classic looking Avon 21-inch front and Firestone rear tires.

There are no questions about The Factory Metal Works craftsmanship; Lucas Joyner is the artist to feed the custom flavors to Hollywood and beyond!