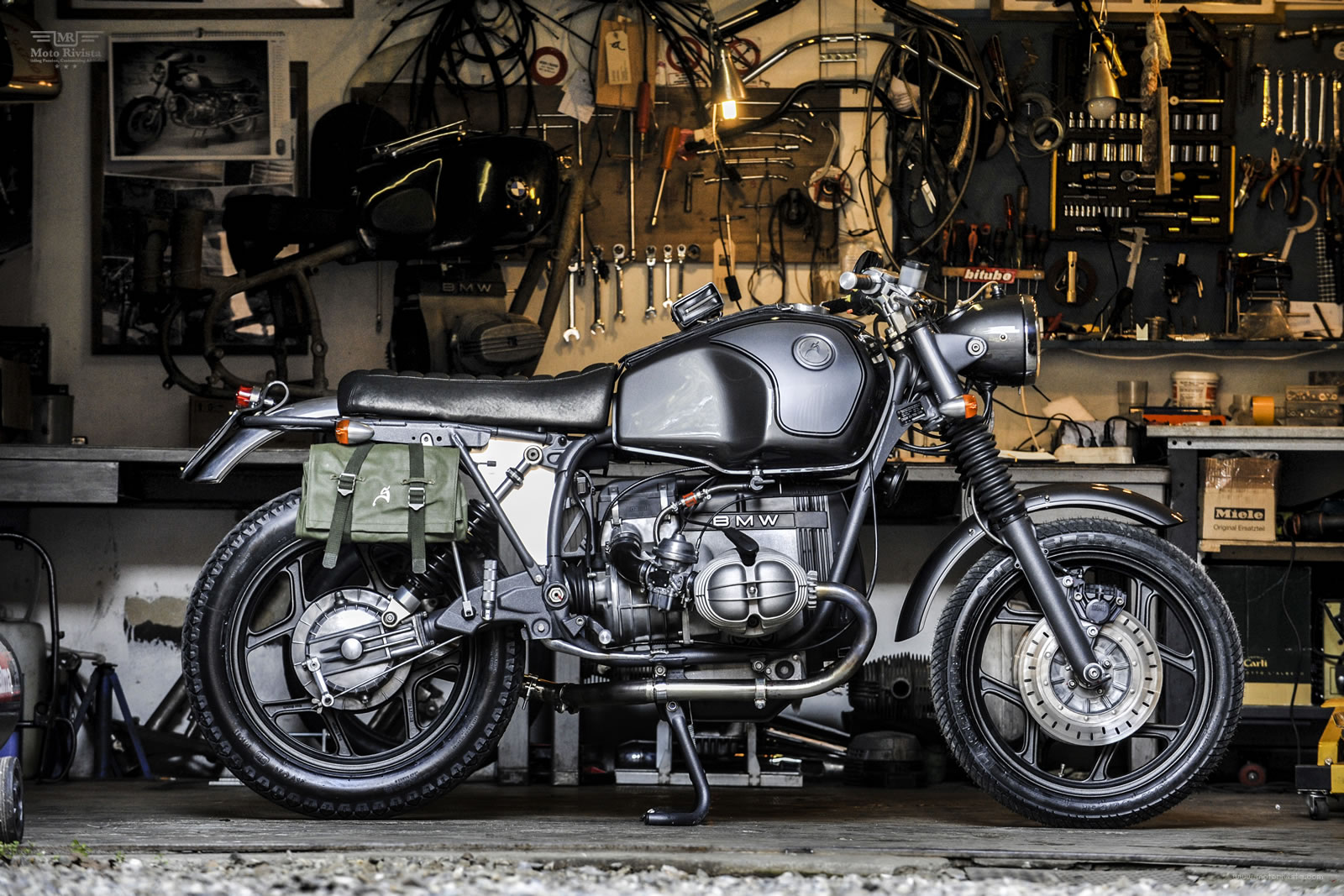 The inspiration for this custom BMW R80 came from the customer’s desire. Paul wanted a motorcycle, which as you travel has reminders of past memories. Moto Sumisura, Italy was the right fit to deliver Paul’s dream bike.

Frank from Moto Sumisura met Paul through his friend Henry. They got together in Milan and over lunch the creative process started. They began talking about things Paul possesses like a simple pullover, an object, a clock etc. When finally the penny dropped, a watch. That’s it Paul has a very special watch, an IWC Ocean that was done in collaboration with Porsche. After talking with Paul, the watch was the inspiration starting point and Frank had what he needed to begin the build.

After a few days the project began. Frank found out that Paul is linked to the name GULP, that’s how the new bike got its name GULP IWC. The fuel cap was designed by Inge, the engineer and incorporates the dial of the watch and is made of aluminum. It was exactly what Frank had in mind to fit the theme.

Meanwhile, in the box Sumisura, the old BMW R80 Monolevel no longer exists. The heart, 800 cc, is completely redone, the same thing was applied to the forks and suspension and it is built specifically to an inch longer to accommodate Paul high and more comfortably.

Meanwhile, the BMW R80 continues to undergo aesthetic improvements, with powder coating of the rough frame and wheels. The choice for a larger fuel tank was to use one from a R100R, the headlight is from a motorcycle that Paul liked so much. Then to a R 51, the handlebar is one that allows you to go a long way and not get tired. Choosing a Rhizome is never wrong! Other additions include an iIdem rearview mirror, an Avon rear tire and the brake hoses are from aeronautical. The classic finishes are Sumisura with the addition of the side racks to accommodate a handbag and a leather Brooks toolbox was welded on the tank.

After a job in record time: 34GIORNI, ie 256 hours of overwork the BMW R80 GULP IWC Sumisura was fired up. Paul was stoked, you bring home another iron, which from old was pampered by Frank and Inge and has become a new MOTO SuMisura.