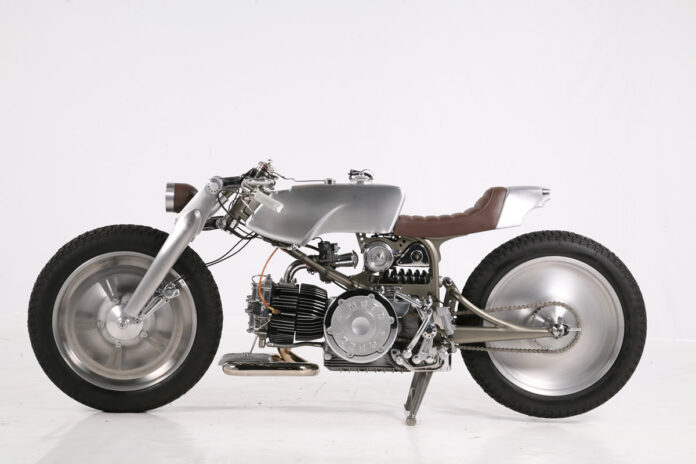 Two Irishmen Don Cronin and Michael O’Shea from Medaza Cycles have taken the freestyle class title at the 2013 AMD World Championship. It was their hand crafted creation a Moto Guzzi Nuovo Falcone aka Rondine which took out this award.

The 2013 AMD World Championship were held for the first time in Europe, at the Big Bike Europe Expo in Essen, Germany. The entries came across from 23 countries and the place was jam packed with 122 machines appearing in five different classes.

The freestyle class featured 66 bikes competing for the title of 2013 World Champion, but Medaza Cycles Moto Guzzi Nuovo Falcone aka Rondine ticked all the boxes of the championship and was awarded this title. Picking a winner amongst 66 bikes wouldn’t be an easy task, especially when you have to be the best in design, innovation, and engineering. The Iris duo was right on the trophy with this build. Their custom craft featured a one-off frame to support the single-cylinder, 1971 Moto Guzzi Nuovo Falcone 500 engine.

With this build Medaza cycles has raised the bar for the next AMD World Championship.