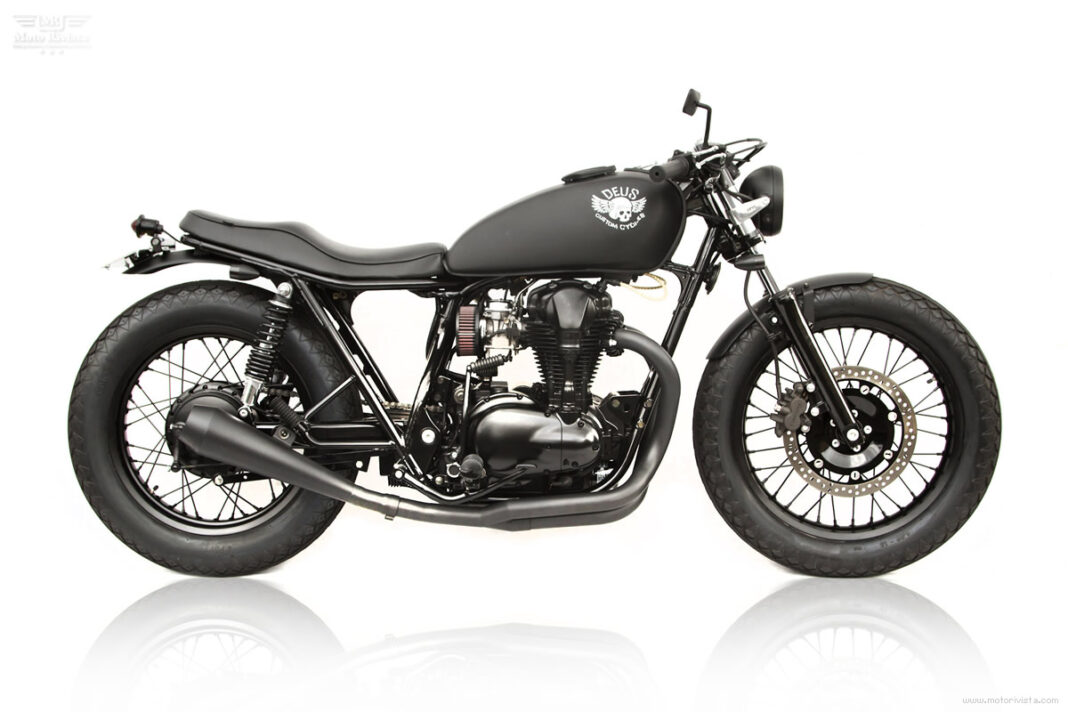 The aesthetics of the Kawasaki W650 engine has always fascinated the custom motorcycle builders around the globe. The latest creation from Deus Ex Machina is based on a retro standard Kawasaki W650 and is named “Le Gicleur Noire’ French for, always bet on black.

Deus Ex Machina’s builds can be spotted around the world with a client list ranging from local customers to Hollywood stars. Deus set out to not only sell custom parts and hand-built motorcycles, but to celebrate a culture of creativity.

Lets get a little flashback about the Kawasaki W650, with the success of its retro-styled Zephyr series, the Kawasaki W650 was introduced in 1999. It was designed to resemble the styles of British motorcycles of the early 60’s, however it’s styling is predominantly reminiscent of the Triumph Bonneville. Back to Deus Ex Machina’s build ‘Le Gicleur Noire’. The base for this build was a stock Kawasaki W650 which was stripped bare. All the useless bits of the stock Kawasaki W650 were chopped off to adapt the new style. The airbox was also removed which is a Deus Ex Machina standard procedure. The battery box was relocated and a ceramic coated 2 into 1 straight through exhaust was installed.

At the front this custom Kawasaki W650 features Tingate clip-ons, Daytona clock and a custom triple. The fabrication work includes the front and rear fender. The bike is painted in matt and gloss black, a perfect choice to finish the build. Since the entire bike is painted black nothing individually jumps out at you, what you see is the entire bike rather then bits and pieces flashing at you!

Take a look at the other featured articles by Deus Ex Machina!