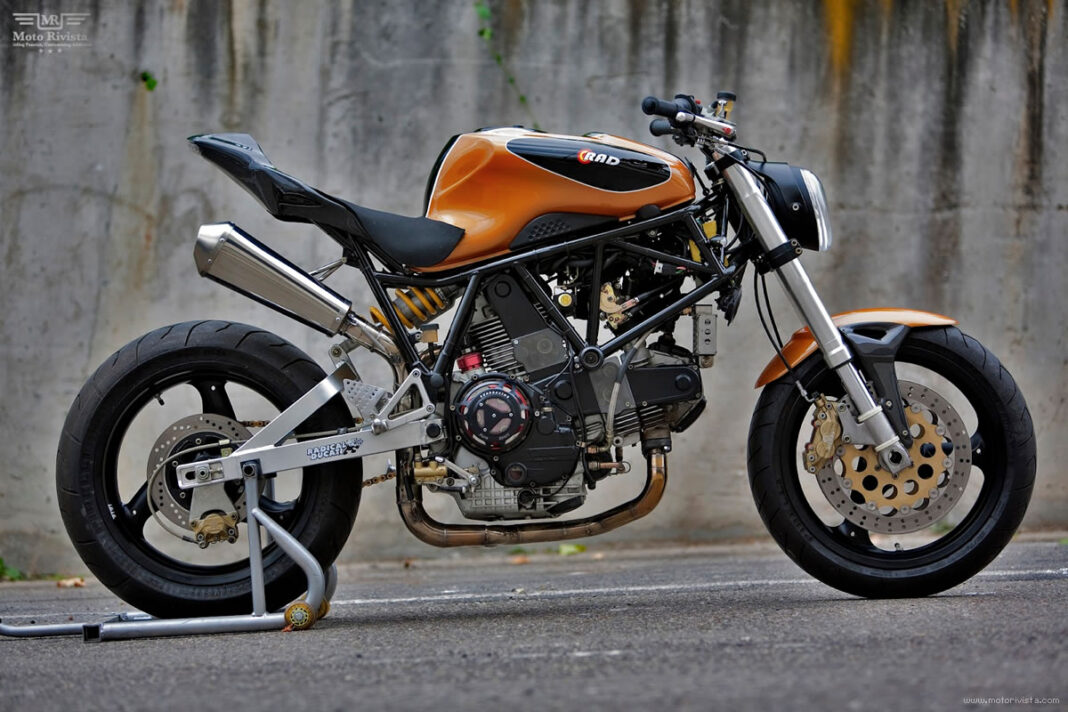 If you hear rumbling and shaking on the streets of Spain, don’t worry it’s probably just Radical Ducati’s latest creation a Ducati 900SS IE named ‘MATADOR’. I am not sure about the Devil wearing Prada, but this MATADOR must be his getaway ride.

Spanish custom motorbike builders keep getting more interesting each day, every time I turn around there is something new rolling on the streets or around the track. Radical Ducati from Spain have always delivered performance with craftsmanship, Pepo’s latest build Ducati 900 SS IE ‘MATADOR’ is no exception!

To give you a little flashback “The Ducati SuperSport was announced in 1988, the bike featured a Pantah based 904cc air-cooled 90° v-twin, two-valve “Desmodue” engine with crankcases derived from the 851 motor. The base for Radical Ducati’s MATADOR was a 1998 Ducati 900SS IE. To begin the build the stock bike was stripped down to the frame. The frame for this build was heavily modified to adapt the new style. The stock Ducati 900SS IE engine was tuned and the engine work includes worked heads, high compression and lightened flywheels. The tuned 900SS IE engine features a WolfMan 2-in-1 exhaust system.

At the front this custom Ducati 900SS IE has a SP Ergal CNC machined upper yoke and handlebar risers fitted with Rizoma conical handlebar. For the front headlight Pepo has used a V-Rod type front head light, which flows well with the bike. To get maximum performance out of this beast Radical Ducati has added a RAD carbon fiber front mudguard and a modified Rad02 Corsa evo carbon fiber solo seat with led rear light.

The stock fuel tank was modified and has a Lightech Ergal quick open gas cap. To keep the bike neat Pepo has relocated the wiring of the entire bike and the finished Ducati 900 SS IE ‘MATADOR’ rolls on Pirelli tires. To stop this beast Pepo has added O24 brake rotors and 1098 brake and clutch pumps.

I would love to repeat myself again “I am not sure about the Devil wearing Prada, but this MATADOR must be his getaway ride”. Fire up the image gallery to get up close with the beautiful photos of this beast!