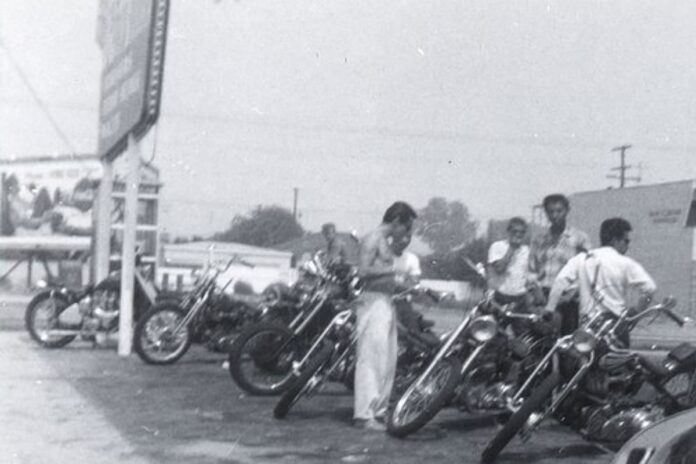 Trevelen from SuperCo explains the engineering innovations during the 1950s by a group of bike builders from East LA that inspired Boneyards II: Conspiracy.

Stussy has collaborated with Japanese fashion brand NEIGHBORHOOD for the second installment of Boneyards, entitled “Conspiracy.” Inspired by East LA motorcycle clubs of the 50’s-70’s, this year’s collection includes a limited edition Levi’s trucker jacket and signature NEIGHBORHOOD denim. Boneyards, named after a secret surf spot in San Pedro, California, is a partnership between the two brands that started with the release of the initial Boneyards collection in the summer of 2008. In addition to the clothing, there will be a limited edition ‘zine containing photos, interviews and artwork relating to the project. The second group of Boneyards II: Conspiracy product will be released on Friday, October 8th at Stussy.com and Stussy chapter stores.