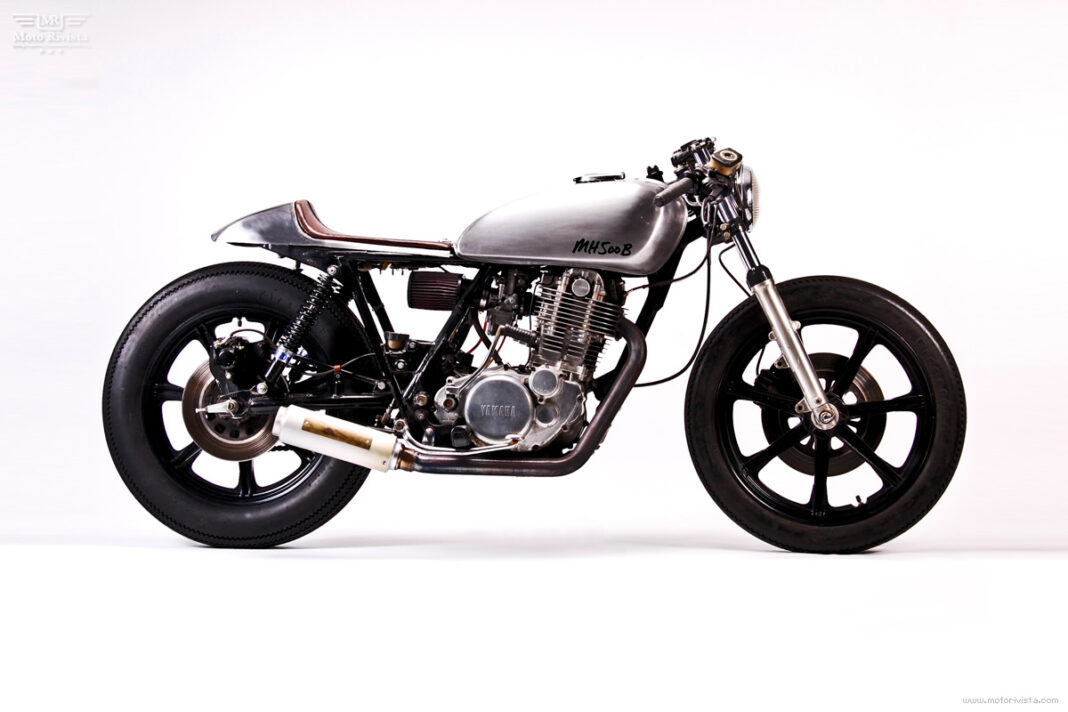 The popularity of Café Racers is in full swing; people around the globe are thriving for more and more for Cafe Racers. MotoHangar’s latest creation a “ Yamaha SR500 Cafe Racer ” is a living example of the American desire for vintage styled Café Racers.

Although America is known for Bobbers and Choppers, Café Racers are quite popular amongst young American blood. MotoHangar is a custom shop which specializes in Cafe Racers based on ’70s Japanese motorcycles. The owner and operator Pat Jones is the man behind the flawless creations from MotoHangar, he has the necessary skills required for a discreet customization or vintage restoration. It’s quite obvious why Pat has selected the Yamaha SR500 for his vintage styled Café Racer transformation. The single cylinder Japanese thumper came to existence in 1978. The Yamaha SR500’s contemporary styling and reliable single-cylinder 500cc powerplant were well received on conception. The frame and the engine have served as a popular base for many Café Racer, street trackers and bobbers custom projects.

The build of Jonny’s Yamaha SR500 Cafe Racer started out as a stock 1979 SR500, which was stripped down to the frame. At the front the bike has been lowered while the rear has been modified and tightened up with Hagon rear shocks. The fabrication work includes some bare metal bodywork, hand built leather seat and rear tail cowling. Pat has used a vintage headlight and taillight, which has been modified to accept modern bulbs. To clean the look of Jonny’s Yamaha SR500 Cafe Racer, the wiring has been simplified by trimming off anything unnecessary.

Other modification includes stainless steel braided brake lines. The forward electric controls, including keyswitch were eliminated and relocated to under the seat using standard rocker swithes. The wheels on Jonny’s Yamaha SR500 Cafe Racer were powder coated and then wrapped in Firestone tires. A single cylinder powerplant has received a K&N air filter and a custom header with Yoshimura silencer.

The mixes of certain vintage styled parts have brought the old school café racer look to the build. My personal favorite on this Yamaha SR500 Cafe Racer has to be the bare metal finish and the leather seat. Take a look at other featured articles from Moto Hangar.