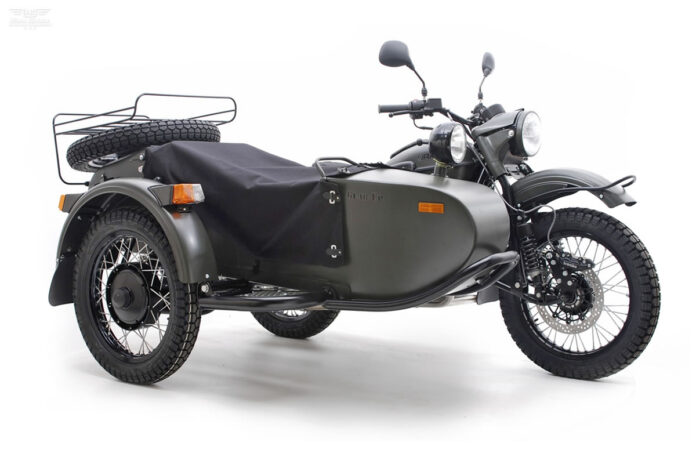 Additional 2011 highlights included a New York Times feature, a Solo sT collaboration with esteemed bike builder James Hammarhead, being chosen for the prestigious Hammacher Schlemmer catalog, and seeing both Brad Pitt and Ewan McGregor add Urals to their garages. Last but certainly not least, Ural rang in the New Year by watching the year-end release of the M70 anniversary-edition sell out in less than two weeks.

So why is a 70-year-old Russian company — one that still builds its motorcycles just east of Ural Mountains — experiencing such success in an otherwise quiet market? Says Ural CEO Ilya Khait: “Sidecar motorcycles are ideal for a wide range for applications, from adventure riding to daily commuting. Being the only sidecar manufacturer in the world, Ural has experienced an increased demand from all age groups. Mature riders are interested in sidecars because of the added stability, and the unique opportunity to share the ride with their family members. The younger urban crowd is also getting into sidecars in their search for practical transportation and their desire for something unique — an experience and identity — they can associate with their own lifestyle.”

With infrastructure paramount for a fast-growing company, Ural is carefully expanding across all fronts. To service an increasing customer base, standout 2011 new dealers – Leo’s South, Kissell Motorsports, Santa Fe Motorsports, Philadelphia Cycle Center, San Diego BMW, Motorcycles of Charlotte and others — will be joined by an additional 25 to 30 dealers in 2012.

Meanwhile, Ural’s North American operation, located in Redmond, Washington, is moving to a larger facility to accommodate offices, parts and logistics departments. Additionally, Ural is pleased to announce the appointment of Chuck Schram, former Dealer Developer for Piaggio, to the position of Director of Dealer Development, and Jon Bekefy — previously employed by Ducati and LeoVince — to the position of Director of Strategic Marketing Communications.

With new Urals, special projects, dealers, and websites on the way, 2012 promises to continue the excitement and success of 2011 — and then some.

For all inquiries, please email – jon@imz-ural.com.