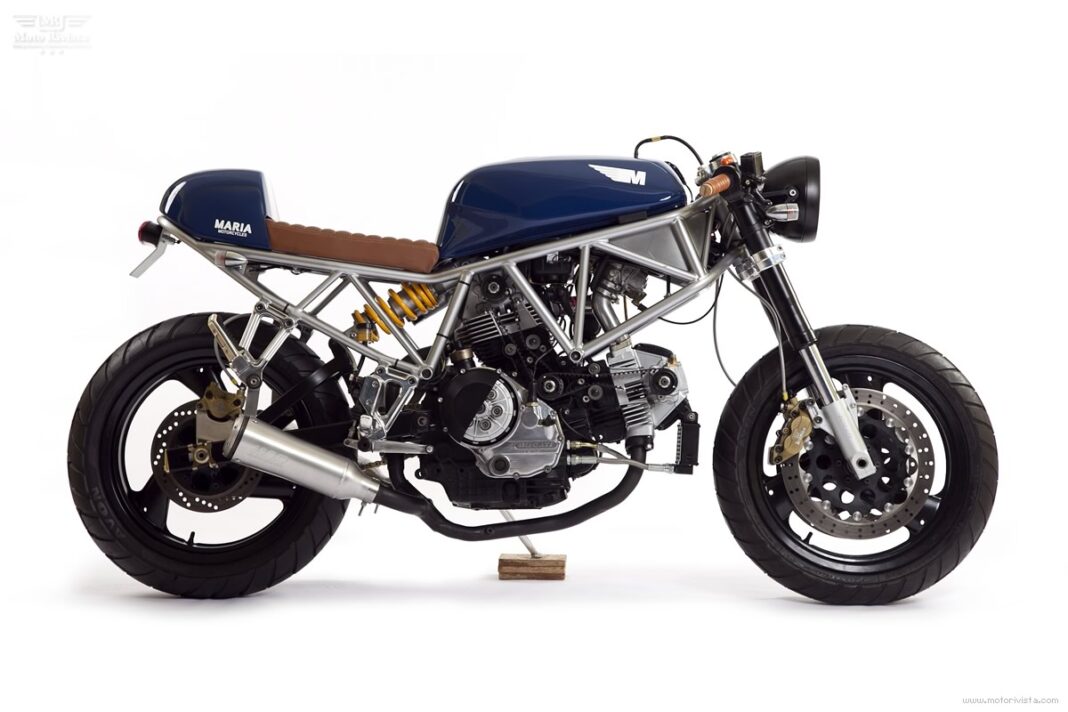 From their first creation to the latest custom Ducati 750SS aka Italian Sniper, Maria Motorcycles have managed to keep raising the bar. This Lisbon, Portugal based custom shop has just the right ingredients to cook up a custom craft like this Ducati 750SS.

According to Luis Correia “The beginning of this project was a challenge, because this kind of modern looking bike isn´t the kind of work we usually deal with. The idea, stripping it down into a smaller and aggressive bike with character (the main goal of all Maria builds). At the same time with a simple look and almost like a classic street racer, made us embrace this project” Based on a 1994 Ducati 750SS the stock bike was stripped down to the frame, at the rear the frame was modified and shortened. Despite the single seat, it´s possible to transport a second passenger when dismounting the rear fiber glass monocoque.

The engine is from a Ducati SS900, which gave this project more power and soul whilst maintaining the smaller looks. It was all painted and restored like new. The transmission thong protections were taken off and the clutch cover was cut in half, discovering the interior of it. The wiring was completely made new and rearranged in a front box under the tank. The tank was transformed from the original one. It was also shortened and the overall lines were all changed and simplified to be inline with the frame design. The suspensions were all refurbished and painted. All the engine covers, foot pegs and suspension trees were polished to give it a more old school appearance.

Some final touches were the Firetrap exhausts for the aggressive shortened look, all terrain tires from Avon and brooks leather tape for the grips. The finished Ducati 750SS is a mix of modern engineering and classic style, another great build in Maria’s portfolio.