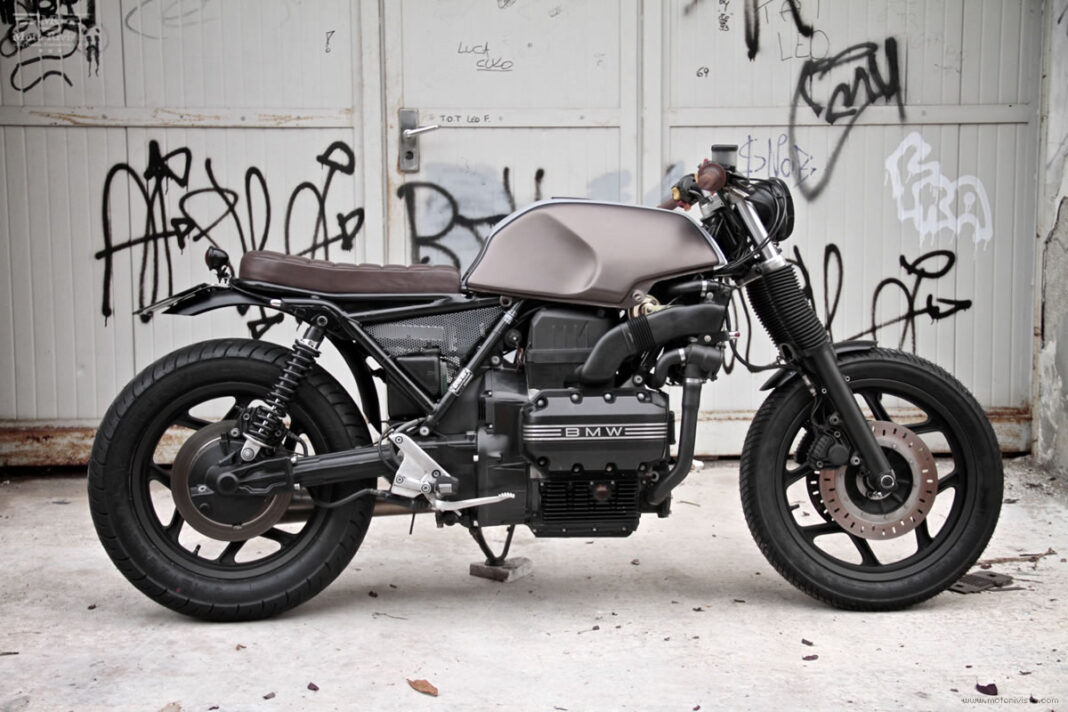 The BMW K75 is not something an average custom motorbike builder would dare to customize. But that’s not the case with Frank from Moto Sumisura who has taken an old BMW K75 and transformed it into “Tatanka 75”.

Before we get down to Frank’s build lets give you a brief history of the BMW K75. BMW Motorrad produced the K75 from 1985 to 1995; at that time the BMW K75 was the cheapest BMW Motorcycle. A 740 cc liquid-cooled inline three-cylinder engine with Bosch fuel injection powered these motorcycles. They also featured a five-speed transmission with a dry clutch and a shaft-driven final drive. The engine was oriented longitudinally to lower the center of gravity, which allows the most efficient power transfer to the shaft drive. Back to Frank’s custom build Tatanka 75 which is based on BMW K75. After transforming some boxers previously Frank took a challenge by his friend who loved the K series. He purchased a K75rt (a box with wheels!), later the bike was brought to the Moto Sumisura studio for the incredible transformation.

According to Frank “The first thing to do was strip it down to get to see the body and soul. Once you reach this step, I was seized with a pleasant feeling to see its lines resemble a bison, hence the name Tatanka 75 and the shape my project.

The transformation started by shortening the rear frame and I also created a structure to accommodate the new saddle. Which is much shorter and narrower than the original and has 4-layer padding and covered in fine leather brown. I also powder coated the wheels and the fork sliders and the old exhaust system was replaced with a Supertrapp”. The fabrication work on this custom BMW K75 includes two very short aluminum front and rear fenders. The side panels were redesigned with a network of perforated aluminum. All the unnecessary electrical was removed to clean up the looks. My personal favorite has to be the tank, which is beautifully painted with matt brown and sliver banding connected by black threads between these colors.

At the rear the bike has been heavily modified to adapt the new tracker style. The old stock touring handlebar was replaced with BMW r900s and features gum grips.

As you can clearly see not much of the old bike is left here, Frank has stripped down this beauty to it’s bare minimum. I guess Frank does have a clear understating of the less is more mantra; the finished bike looks like a blast of fun!