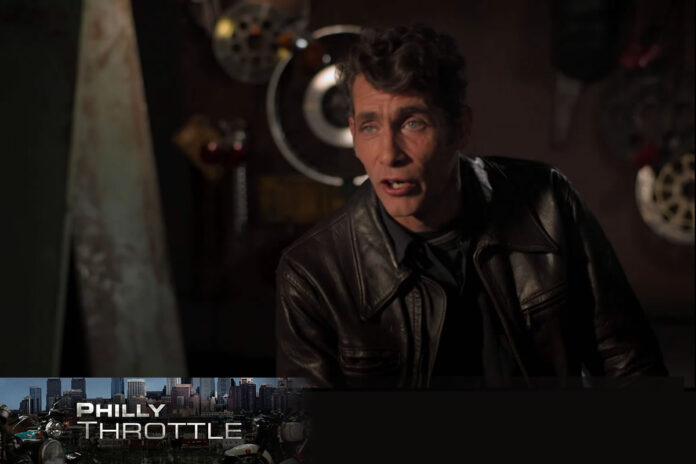 One of our favorite video profiles to date is Handmade Portraits – Liberty Vintage Motorcycles. “In a crowded Philadelphia garage, Adam Cramer of Liberty Vintage revives vintage motorcycles and the American tradition of grease-stained self-reliance.” For those who have not seen it yet take a moment to watch it now, or like us watch it again!

We were pretty excited when we first heard about the new show Philly Throttle “which follows the turbulent lives of vintage bike builder Adam Cramer and his motley crew of mechanics as they restore, repair, and flip motorcycles at Liberty Vintage Cycles in Philadelphia.”

Whilst Philly Throttle originally aired on Discovery it will now be show on Velocity. Catch up on all the episodes back to back starting from 8pm on Saturday the 10th of August.

1. Lights Out: The guys at Liberty Vintage Motorcycles are feeling the heat. Faced with a cut-off notice from the electric company, the team races to complete 1967 Norton Atlas and a 1931 Matchless Model X. If they fail, it’s game over at Liberty Vintage.

2. Under New Management: Liberty Vintage is at a breaking point. Between the irate customers and looming deadlines working on a customized BSA and 1960’s Ducati, the team is forced into a battle between their artistic vision and profit line.

3. Slo Ride: Friendships are tested and brotherhood is strengthened at Liberty Vintage. Adam relies on Slo to restore a 1947 Harley Davidson Flathead as a surprise for a client. Meanwhile, Adam puts his own attention towards restoring the Matchless Model X.

Three episodes is definitely not enough for us, here’s hoping we get to see a lot more of Philly Throttle! Come on Velocity this is the kind of motorcycle show we want to watch!!