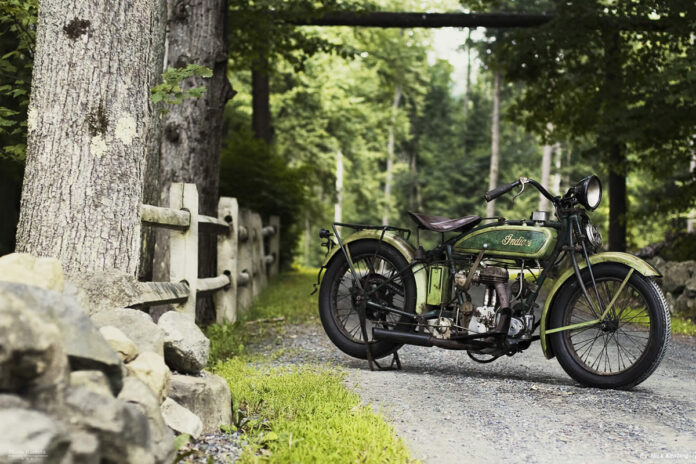 Indian Prince was not around for long, with a production run of only 4 years for the American Indian Motorcycle Company original survivors are few and far between.

First unveiled in 1925 these bikes were marketed towards first time buyers who may have been turned off by larger motorcycles of that time. The slogan used to market the Indian Prince was ‘You can learn to ride it in 5 minutes’!

The one you see here is a 1926 Indian Prince, single cylinder, special ordered paint by the old Indian dealer Freddie Marsh, Hartford, Ct. This bike is an unrestored original with original rare paint scheme, it runs and rides and is presently displayed in a world class collection. Original survivors are as rare as hens teeth and that especially goes for single cylinder models as they were under powered and pushed beyond their limits.

This 1926 Indian Prince has been beautifully captured by photographer Nick Keating. The bike is part of his dad, Brian Keating’s collection.