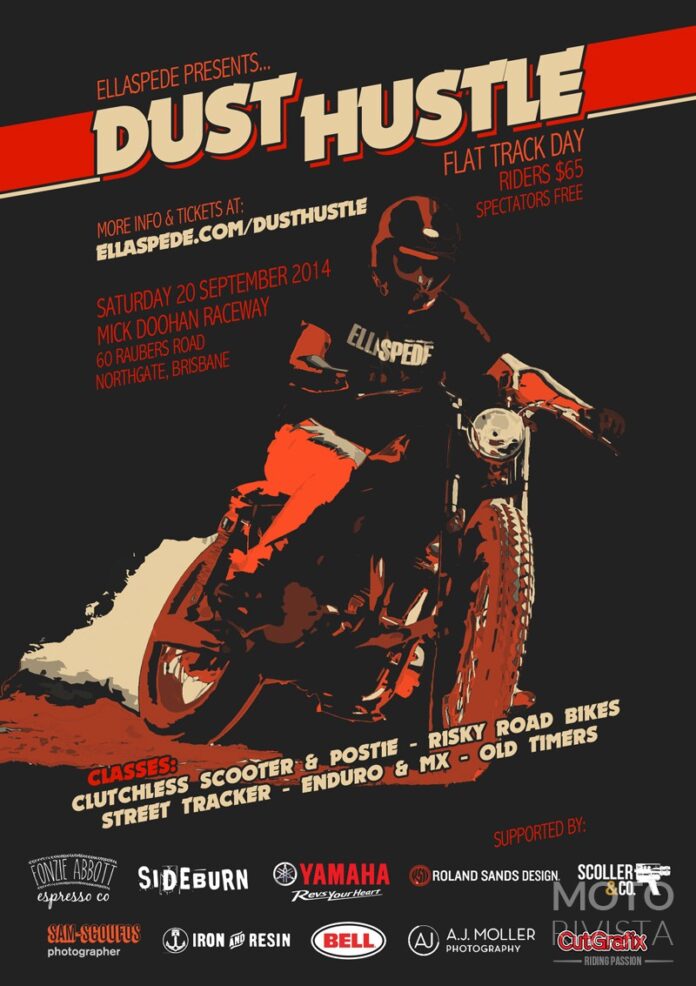 Dust Hustle is Ellaspede’s day on the dirt for anyone to roll out and ride whatever rig they can throw a leg over!

Inspired by the famous ‘Dirt Quake‘ event this is a flat track fun day open to all the weird, wonderful and woefully unsuitable motorcycles that could possibly be ridden on the dirt. *By purchasing a rider ticket for DUST HUSTLE you also go in the draw to win the major prize of a Brand NEW Yamaha PW50, and other prizes to be announced later.

For all the details on how to enter, bike approval, track licence, safety etc visit Ellaspede